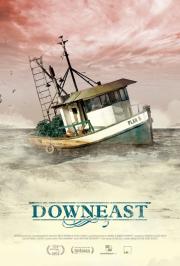 Set during an era of U.S. post-industrialization in which numerous factories have been exported, Downeast focuses on Antonio Bussone's efforts to open a processing factory in rural Maine.

" All those daunting economic numbers that tabulate how many Americans are unemployed and how many factory jobs have been lost in the last 30 years can seem abstract until you run into a documentary like Downeast... It’s a tale of hope, frustration and disappointment that reminds us that behind all those big numbers are real human beings." NY Times

"Redmon and Sabin carefully tease apart the insidious process of American deindustrialization, and by the end of the film the threads they unravel reveal how the free market can choke like a noose." Village Voice

"It’s a small story, but with big ramifications, especially considering the gaping political divide that separates the country. Congressmen of all stripes would be well advised to see it, although their interpretations will inevitably and sadly differ." Hollywood Reporter

"Downeast is pugnacious as it is intimate." John Anderson, Variety

"The entire movie is an elegy" The Boston Globe

"The film is poetic in its depiction of the men and women who handle the crustaceans, and wistful in its portrayal of U.S. manufacturing in sharp decline." Filmmaker Magazine

12 New Films Indiewire is excited for at Tribeca 2012 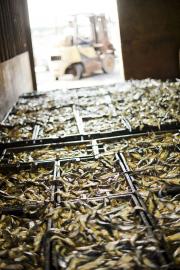